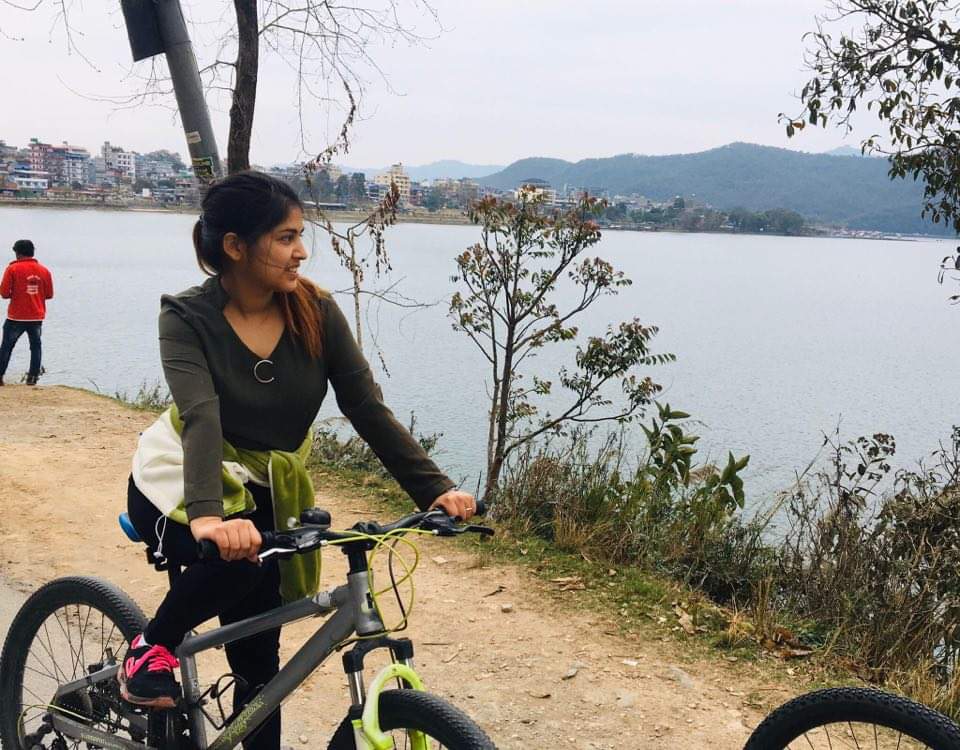 Here, you get to learn about 8 awesome Things to do In Pokhara Nepal. These things to see in Pokhara will keep your engaged during your trip to Pokhara.

Pokhara, the largest city of country, is just 200 km away from the capital. It’s not more than 7 hours by bus and 15 minutes by air from Kathmandu.  But, once you reach there it has tons of fun and adventure to give. The Annapurna ranges will be shining for welcoming you and the fall of David’s will add up the song. Well, you will have lots of things to do In Pokhara. Well, experiencing these might take more than a week, but each day of week will have a new thing to give for you  Blessed by nature places.

Things to see in Pokhara

The best and best-est things to do the Pokhara is sighseeing. The valley is so much of beauty blended in it that would leave your mesmerized. From the Panorama View of Fistail, Annapurna, Annapuna South, Mardi and so on to numerous lake networks Pokhara as everything. Museums and cave, George and rivers, Lakes and waterfalls, don’t miss a place. All of them are worth a visit. Pokhara Sightseeing in awesome. Here are the view places you shouldn’t miss

Boating In Pokhara– best of Pokhara

I must say, I don’t know a person who returned back from Pokhara without a boating. Boating in Pokhara is now more like a tradition. Boating is available in Begnas Lake and Phewa Lake. Though its more popular in Phewa Lake, you must try once in Begnas Tal as well.

You can either paddle on your own or get a boat owner to paddle your boat. You can choose the destination and time of your own.

In Pokhara, hot air ballooning flight offers the beautiful sunrise view, the Annapurna, Fishtail, Mardi and other ranges, and the lakes of Pokhara city. Just 204.4 km away from Kathmandu (6 hours by road) your dream flight is waiting for you. The hot air balloon in Pokhara takes off from  Dhampus or Lauruk. Dhampus is itself a famous tourist village where you can spend a night so close to Himalayan ranges. The ballon after a hour of flight lands to Mardi Khola banks.

If you are the one who loves calling himself/herself an “adventurous”, paragliding in Pokhara is definitely something you have always yearned for. For this, you should climb to the top of Sarang Kot. It’s a short hike, for just a few hours. Once, you get there you can grab you parachute and fly high. You can compete with the birds around and have a beautiful view of Pokhara city and the Himalayas. Well, you can also enjoy the beautiful sunrise and sunset from the top of Sarangkot.  This is definitely the Things to do In Pokhara Nepal.

Nearly water touching Bunjee Jumping in Pokhara was started in Hemja, Pokhara by in 2014. Hemja is around 30 minutes drive from  Lakeside. Now it’s a home for all the adventure junkies around the world. The jum is made from 80 meter (50 meter land+32 meter tall metal tower)

Skydiving enthusiast? Now, Put Pokhara in the top your bucket list. This is surely the best and most thrilling Things to do In Pokhara Nepal.

Pokhara offers skydiving choices with 360 degree view of the Himalayas. The Pokhara skydiving is made from a altitude of 11,000 to 13,000 feet. The jump is made from Pame Danda Dropzone, west of Phewa Lake.

If you are the one who prefers long walks, no place could be better than Pokhara itself. It’s a starting point for Annapurna Base camp trek (ABC trek as we call it), Mardi Himal Trek, Ghorepani poon hill trek, Ghandurk trek, Dhampus village and even Upper Mustang Trekking. But, you will certainly need a longer plans and groups for this trek and hikes. But once you begin the journey, you will make the memories that would be cherished for lifelong.

Ok, finally, after you have gone through the list of best places, have you chosen one of them? Or, had you just decided to visit all of them. Well. Whatever you have chosen, your stay in Pokhara shall be full and adventurous. And, you will definitely love to re-visit the places in near future. Read all trekking destination to Pokhara.

So, that was about Things to do In Pokhara Nepal. We pray for you safe and fun time in Nepal. Book your trip to Pokhara here. We arrange all fun activities for you.

1 thought on “8 Things to do In Pokhara Nepal”