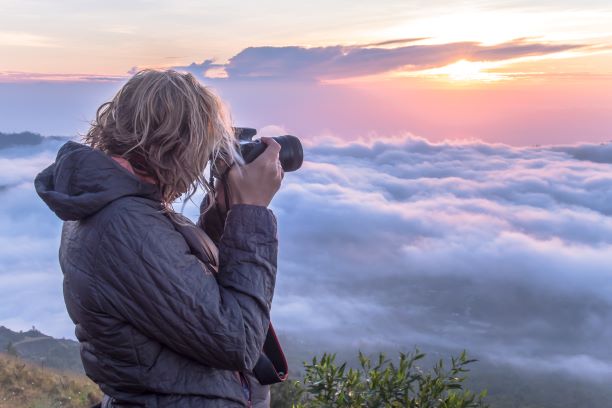 Are you planning a trek in Nepal in February? It would be unfair if you say autumn and spring are the only best seasons to explore Nepal; this little land is simply amazing year around. Winter in Nepal begins in December and last until February. Since February is the end, it is still cold but as the temperature rises, the weather gradually gets warmer. Here is everything you need to know about Trekking in Nepal in February and Weather in Nepal in February.

Weather in Nepal in February

As a result of huge altitude variation, the climate of Nepal differs from one place to another. Living in Kathmandu and Pokhara can be warm and fun. But the climate in the mountains gets worst during winter. Since February is the ending of winter, the day time temperature rises to 15 °C. In the north i.e. Himalayan region, the average temperature can be as low as 4°C to 8°C while the night temperature declines to sub-zero degrees. Weather in Nepal in February can be harsh but also beautiful.

Even during February, the trekking trails can sometimes be covered with snow. But with the right gare and preparation, February trekking is fun. And as winter in Nepal is fairly dry, the sky remains blue and there is very less cloud.

Highlights of trekking in Nepal in February:

Best places for trekking in Nepal in February:

Sad about not being able to trek to Everest or Annapurna camps? Here’s the compensation- Mardi Himal trek. This beautiful range in Annapurna region itself is possible during winter as well. Along with the light snowfall, you can make your way through the cultural villages, camping sites, and many other exciting sights. Being a short and easy trek to the foothill of the Himalayas, this trek has been the latest trend with Nepal tourism.

For Mardi Himal trek, you can drive to Pothana from Pokhara and then trek to the forest camp.

It’s among the most beautiful short treks in the Langtang region. Along the trail, you trek through Langtang Valley which homes to some rare wildlife such as musk deer, monkeys, deer, pike, red panda, and the national bird of Nepal, Danphe. You can witness the Tibetan Buddhist culture of Tamang people in the region. As the Temperatures in Langtang remain fairly above 1°C, you will not be freeze. The highest altitude during the trek will be 3500m, which means you should not face extreme cold. And as the season is dry, the sky is often clear and can witness the view of mountain peaks. Weather in Nepal in February adds fun to Lantang trek.

This isolated village named “kingdom behind the Himalayas” is the great places to visit during winter. You can get closer to the local culture and unique lifestyle in Mustang. Unlike the upper Mustang, Lower Mustang is only for winter visitors. From August to early winter you can enjoy many cultural festivals- Tiji being the most important one.

You can also go for a short trek, enjoy camping and jeep rides through mountains. Winter is also a time for Orchards visit in Mustang.

For Mustang, you can find flights, buses or jeep from Kathmandu or Pokhara (Jomsom is 20 minutes airtime from Pokhara).

Poon hill is one of those trekking destinations which looks equally prodigious in all the seasons. This epic viewpoint in Nepal is among the best short trek. With the freezing temperature, the high Himalayan trek is not possible in winter. So for the Mountain View from a higher altitude, this is the best choice. Weather in Nepal in February makes Poonhill trek awesome.

Though the trek experience is enhanced by Rhododendron during spring, the land becomes more beautiful during winter. Poonhill is only 3 to 4 days trek from Pokhara and 5 days from Kathmandu.

Feburary is also time for the festivals such as Holi in Nepal.

In February you can take short trekking packages as Royal trekking, Chisapani Nagarkot Trekking, Chepang Hill Trekking, and Pahnchase Trekking. But the high altitude trekking like Everest Base Camp trek or Annapurna Circuit trekking can be very though. You can still enjoy the regions with Everest and Annapurna Panorama trekking. But as the climate in the higher altitude is unpredictable, it’s best to avoid them. Be well informed about Weather in Nepal in February.

Contact us here to book the trip and we shall make your trek in Nepal awesome.