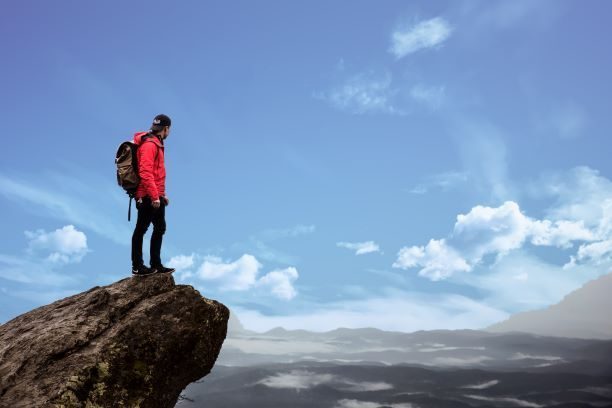 Pokhara, the city of beauty and nature, the city of lakes and the city of love. There are many things to do and places to visit Pokhara Nepal. Wheather you love sightseeing, trekking, hiking, adventure sports, cultural visits or just all of them, Pokhara has everything to give. From boating to cycling, trekking to paragliding, travel tour to long hikes, Pokhara can just give you anything you want. Pokhara weather and Pokhara temperature is also fantastic for the tourists.

Not just best tourist destination in the nation, but Pokhara, Nepal is one of best in the world.  This article writes about many amazing places to visit Pokhara.

Pokhara is beautiful throughout the year. There’s no particular season that can be called best- every season has it’s own blessing. The views of mountains is clear in Autum and Spring Season. Spring is also warm and clear. The monsoon of Pokhara is also beautiful as the rain only disturb you in the evening. Winter is chilling- perfect time to grab a bottle of bear.

Pokhara is just know for “Phewa” as much as it is known for its beauty. It is not more than 4 km far from centers like New Road and Prithvi Chowk of the city. The bus are easily available in these centers. Once you reach there, the beauty of this enchanting lake you mesmerize .

You can just seat at the corner and get the feel of cold air or else dive for a swim in warm water of Phewa. You could also take a boat and go in the “Tal Bharahi” at the center of lake, or just hire a cycle for few hours and go for a ride. Well, you might prefer to do all of these one you get there. For sure, you can have a night stay in one of many lodges available around a lake and have a view of “Phewa” all night.

If you are going to trust me, these lakes are beautiful then Phewa itself.

Begnas and Rupa lakes are part of the 8 lakes network around the Pokhara Valley. Situated about 10 kilometers southeast of Pokhara, this places is less visited and rather calm. And the best- boating charges are cheaper here 

The perfect places to escape the crowd and get closer to nature. You can also paddle your way to nearby villages like Pachabhaiya, where there are small guesthouses available overlooking few of the Himalayan peaks.

This charming waterfall around 2 km south-west of the Pokhara airport, will certainly charm your mood once you get here. The sound of water drops once it hits the stone in the ground, will play a sweet melody in your heart. You might love to sing along with the sound of falls, take a photo or just hear the sad mystery behind its name “David’s fall”.

Gupteswar Gupha is a naturally made cave which is close to David’s fall. These caves, are not just the dark holes, but has a wonderful myth and believes carrying with them. You might definitely want to go along with the local’s stories.

Bindbasini, a center of religious beliefs is placed in old Bazaar. Once you get there, your soul will fell the presence of sweet religious melody.  You might vow the god saying “Thank you” for making you the part of such a beautiful city.

You will fell the Machapuchre peak close to you from the temple. And, do you know the best part of this temple? It’s a beautiful garden in the temple area that will surely make a place in your heart. You will definitely love to make some clicks with those beautiful flowers.

In Pokhara, there is a museum which is dedicated to the mountain – famous mountaineers, the lifestyle and culture of the mountain people, the flora and fauna of mountains. The place also has past and present developments of mountaineering around the globe. The museum has three exhibit spaces: the Hall of World Mountains, the Hall of Fame and the Hall of the Great Himalayas. For those aspiring to climb the Himalayan Mountains, it’s the first place you can get some inspiration. There’s also a 21-meter climbing wall just outside.

This is definitely the best places to visit Pokhara. World Peace Pagoda, so-called Shanti Stupa is a part of a network of pagodas built to promote world peace by a Japanese monk. Also places as “most famous tourist attraction” around Pokhara by some publications in Nepal, the place is worth visit. The place offers an unobstructed sunrise and sunset view.

During the night, the pagoda stands illuminated against its surrounding mountain backdrop. There is also a photograph of the new Dalai Lama, with Buddha relics along with a golden Buddha image as the central relief. There is also the photos of Buddha’s life, from birth to death, and his conquering of evil.

Mahendra Gupha is also a major attractive natural site few kilometers north of Pokhara. It’s a naturally build cave that is wet and dark. The entrance is easy while the exit is a challenge. Inside of the cave, there’s a  temple as well.

There’s a local belief that the person who can get from the exit easily are the holy ones and the others are the sinners. Try out which one of them you are. LOL

About a kilometer from the Mahendra Cave, there’s another naturally built cave called “Bat Cave”. As the name suggests, the place literally has a number of bats living in. Well, they are small and would stay calm in the wall most of the time.

Now the thing about Bat Cave is its exit.  The exit is so small and so difficult that I almost felt like crying for my first time. But if you managed to get out in the air through that hole, you should be proud of yourself.

My suggestion is to avoid high heels or else you can exit by returning back to the entrance gate. Bat Cave is a classic and beautiful places to visit Pokhara.

Have the stories of brave Gurkhas fighting with “khukuri” ever fascinated you? If yes, this the right place for you.

The Gurkha Museum is a specialized museum which focuses on the achievements of the brave Gurkhas. The museum follows the history of Gurkhas through two World Wars untill the date of peace-keeping missions.

If you don’t know what Gurkhas means yet, they are Nepalese national soldiers who have been recruited by the British and Indian army.

The only conclusion is – Pokhara is filled with many beautiful places. There are more then hundred awesome Places to visit Pokhara.