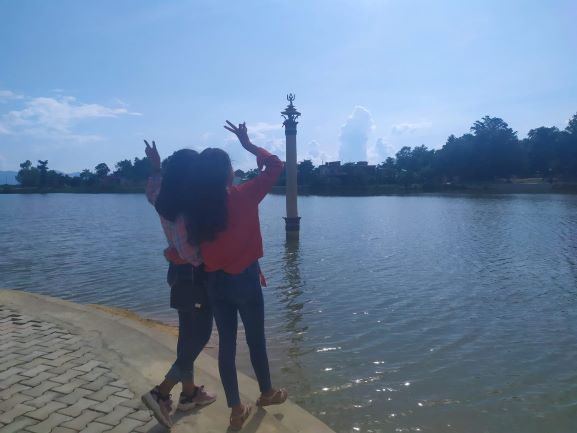 Have you ever been to dang of Nepal?

Are you planning to visit dang? Or,

Want to learn more about the cultural and landscape aspects of places in dang Deukhuri?

Then you should definitely visit these Dang places.

About Dang of Nepal

Let us introduce Nepal’s largest valley, which is about three times bigger than Kathmandu, covering the area of 2955 Km2. Dang is about 500 Km west from the capital of Nepal, Kathmandu. Dang is situated in the Midwestern region of Nepal. The valley is rich in ancient temples, varied ethnic groups, places with immense historical values, languages, landscapes, lakes, and varied biological flora and fauna. Rapti and Babai are the two major rivers which flow through the district.

Dang of Nepal lies in the inner Terai region hot and humid condition prevails throughout the year, the best time would be from the month of October to December. The places is as beautiful as Chitwan in Nepal.

Note: If you want a free Nepalese companion to guide you around Nepal, we are excited to travel with you. This website is managed by bunch of students who fantasies to travel. Do email us at traveldiarynepal@gmail.com and we will arrange for you to travel free. Also, if you want to book any hotels or trekking activities/ sports in Nepal, we are happy to help.

How to reach Dang of Nepal?

You can reach Dang of Nepal by plane or by road.

Dang airport or Tarigaun airport is the only airport serving the western region of Dang Deukhuri, which is located in Tulsipur, 2 Km south of the town center, and 23 km west of Ghorahi and 640 m above sea level.

You can easily travel by Mahendra high way route. It takes about 10 hours by bus from Kathmandu to reach Dang, Ghorahi.

One of the most renounced historically religious sites of the Midwestern region, Pandabeshwar Mahadev temple, is situated at Dharapani just 9 Km away from Ghorahi (Tulsipur chowk).

The number of tourists has been increased remarkably after installation of the largest Trishul of the world, weighing 8,113 kilos on December 14, 2014. Trishul is made up of metal; brass, copper, gold, and silver. Many pilgrimage houses have been constructed in temple premises for devotees. Temple hosts 5 days fair during the Sivaratri festival.

Some people believed that Pandav’s brother sat here in ancient times and chanted the Lord Shiva trants. There is also a rumor about Sas tree; “after cutting the tree, it remained intact when woodcutter went to collect wood another day.” Branches of that tree are still headed towards the temple’s roof through the window of the temple.

Jakhera means ‘the place where rainwater gets collected’ in local ‘THARU’ language. The lake is situated at Lamahi Municipality-5 of Dang in 5.5 bighas of land with two temples –temple of Lord Ganesh and Siddeswor Mahadev to its north and west, respectively. It is 35 Km from Ghorahi, one hour via highway.

The astonishing scenic beauty of the lake has attracted many tourists in recent year. Green forest along the north-west border has also added beauty to the lake. The Major attraction is water riding, picnic spot, jungle safari, trekking, and observing birds. For boating, each individual has to pay Rs 70 to reach the temple and worship the lord.

Purandhara waterfall is situated in the jungle of Purandhara Village-8 at the bank of Babai River. After striking a stream of Kalapani khola from the height of 45 meters, the fall is formed. We can reach there an hour ride of 29 km to the west from Tulsipur. This place becomes more enticing when dense forests with bird’s chirping sound combine with the sound of the waterfalls.

During the monsoon season, the scenic view astonishes us even more. During this season, most of the local tourists come by to play and bathe in water.

Barhakune Daha meaning ‘twelve edged ponds’ is only 3 Km north from Ghorahi. The place has cultural and aesthetically significant as well as shelters endangered species of birds too. You can enjoy the vibes of Jungle SafariThe source of water in the lake is surrounding hills and annals. It is dedicated to lord Bishnu and has five temples within the area of 5 hectares.

The priest is selected from the Magar community. There is a costume for offering a lamp to Baraha. It is believed that who take a bath or cleanse in lake and worship lord Baraha, emancipate from their sins. A large fair is organized on the last day of Paush and 1st day of Magh. Pilgrims from different

Parts of Nepal, as well as from India, arrive here at that time.

The surrounding scenario of that museum reflects the everyday life experiences of the Tharu community. Tharu traditional dress, cultural show, Rana Tharu’s photos, photographic documentation, painting on the wall, old equipment, jewelry, and Tharu local food are the unique features in the museum. Statue of The King Dangisaran; who ruled Dang in the past, is placed at the entrance gate.

Read other best places to visit in Nepal.

Temple is also known as ‘Maiko Than’ or mother’s place situated one and a half Kilometer north to Ghorahi on Katuwa Khola bank. It is believed that “saktipeetha” is emerged after falling of the right ear of Satidevi, according to the” Swasthani Puran.” It is one of the famous places for devotees.

Ganeshpur Park also known as Rapti peace park, is located in Ganeshpur, Tulsipur Dang, 25 Km away ( 45 min) from Ghorahi and only 3 Km from Tulsipur chowk. It is near to the jungle area and constructed by preserving natural resources. Recently Children park and swimming pool has been constructed in 1 bigha of land that results in a remarkable increase in the number of local tourists. For built, you have to pay Rs 30.

Charinge Daha lies in the eastern part of Dang in Rampur municipality 7. You have to ride 9 Km from Ghorahi to reach this place via BP way. Lake is situated at the center of the jungle in 2 hectares of land, and its water is mainly used for irrigation and fish farming purpose by locals.

The origin of the lake is historically famous because it is the origin of the Sarayu River. It is believed that during Treta Yuga, Lord Sita had penanced here to get Shree Rama as her husband, and they finally met here when Ram visited the place. Sita cave is also present at an altitude of 950 m.Due to the magnificent glory and peaceful environment, it is famous as a picnic spot.

Gorakshya Ratna Nath Temple is located in Chaughera, Ghorahi. It is one of the major holy places of dang. Thousands of tourist especially from India, visit this temple during April May.

Bijauri is located in Dang Deukhuri district, 28 km from Ghorahi. Vulture restaurant is located in Chillikot, 5 km north of Tulsipur, for the conservation of vulture. There is an ancient temple of Kalika and Malika Devi and damaged ancient palace of a king just a few kilometers north of Vulture restaurant. One of the prestigious universities, Nepal Sanskrit University, is also located here.

If you are a trekking person, then you should visit Sawarikot. You can reach there after about 4 hours of trek.

The romantic view of the whole valley can be seen from there. It is the place that has a great scope of paragliding as the trial has been successful but not running at present due to some technical or national issues.

That was all about Places to visit in Dang of Nepal. If visiting dang district is not in your bucket list yet, maybe its time to add it now.

Contact us here so ensure your trip of Dang of Nepal. We are always here to make best travel arrangements to make your trip awesome. 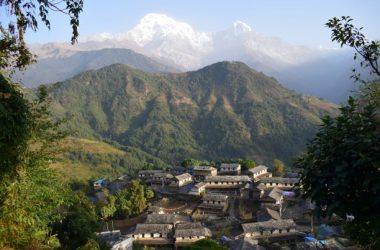 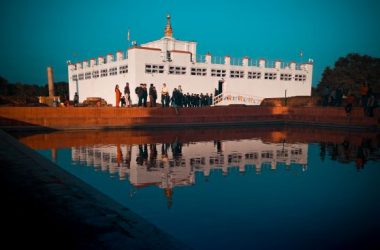