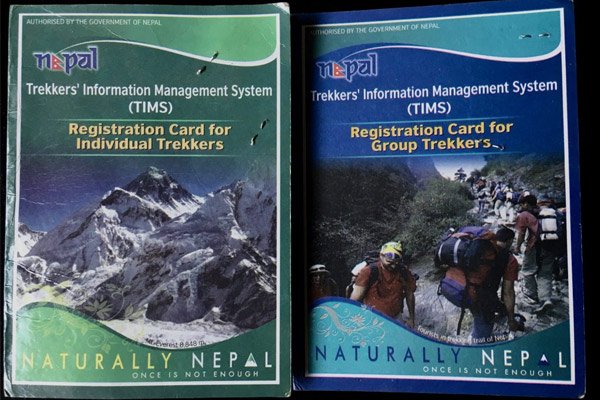 There are so many unexplored trail and villages that have people living the life in the remoteness of Himalayas. The lands are restricted because of their unique culture and tradition which is to be preserved from the invasion of the world. Still, the people have made small houses by carrying each stone and rods in a mule for days so that they could design the best possible facilities for the tourist. The restricted land is the place where you can actually get to live the remote life of people. There are few such places in Nepal where the government charges a huge amount for the permit. You can issues Nepal trekking permit from Pokhara and Kathmandu.

Some best of restricted region treks are

Makalu Base Camp, established in the year 1922 is one of the most visited restricted treks. The major part of the trails falls under the Makalu-Barun Conservation Area and Makalu-Barun National Park. The area has preserved most botanically diverse and wildlife-rich areas and also the culturally blessed villages. In fact, it’s a perfect combination of wildlife, scenic beauty, and cultural insight. The trek to the base camp takes you higher than 4000m.

The trek to the world’s 3rd peak in the world, Mount Kanchenjunga, is a blessing in itself. It is situated in the northeastern part of Nepal. The trek is obviously a strenuous one and demands weeks of hard walking. Most of the trail passes through the Kanchenjunga Conservation Area. The region has the Himalayan culture has so much left to be discovered.

This national park in the far west of Nepal is yet another famous trekking destination. The phenomenal viewpoints providing the most prodigious view of majestic mountain peaks and the beautiful lake makes this trail the most scenic one. The major part of the trek is Nepal’s largest lake- Rara Lake which nestles within the wilderness of Rhododendron and Pine forests at a height of 3500m asl. Further the park is the a place to witness the rare wildlife like musk deer, black bear, tahr, goral and the rare red panda and any more.

Dolpo is the isolated district in the northwest of Nepal. Despite being the restricted area, lower Dolpo and Upper Dolpo region get a very high number of visitor’s. Shey-Phoksundo National Park, Nepal’s Biggest National Park which nestles the beautiful Shey-Phoksundo lake is the major highlight of the trek. The park has deep valleys, monasteries, amazing fauna and also the view of stunning snow-capped peaks.

Upper Mustang captivates several adventurers’ people from all over the world. The trail was opened for the foreigners in 1992 gets the highest number of tourist among the restricted area. Being close to the Tibetan border, the culture and the lifestyle of this region also reflects the Tibetan culture. The beauty of this trek is beyond describable. Read about Permit for other Annapurna region.

There are some other restricted regions which give the experience of nature in its rawest form. You will need Nepal trekking permit for visiting those region. Further the trails unexplored and the ecosystem of these regions are well preserved. If you are the adventure junk, go for it.

Arranging all your Permits by yourself in a unknown land can be hard. Contact us here and book your trek. We can make all the necessary arrangements of the trek.