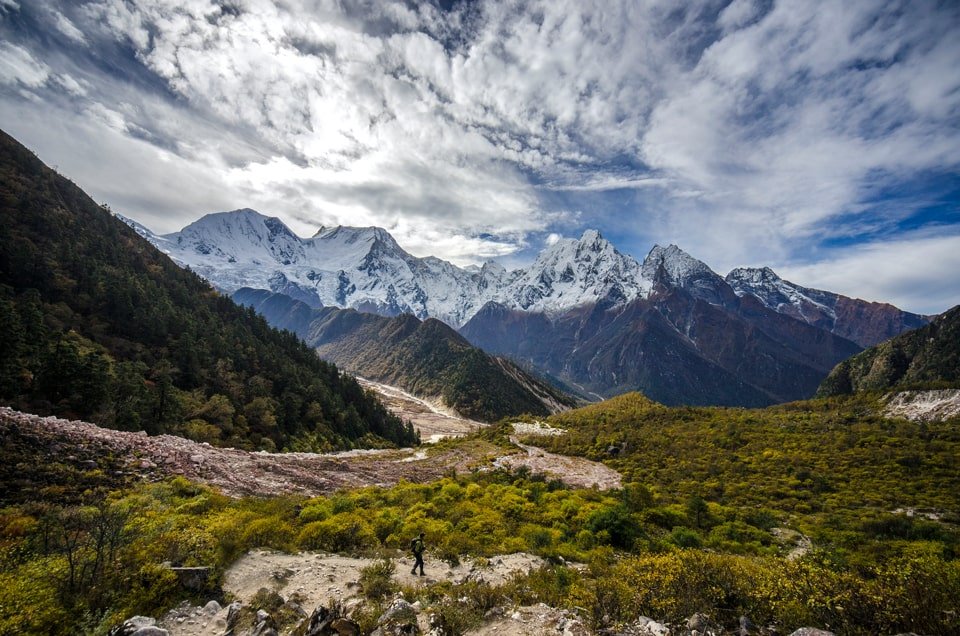 Trekking is the most celebrated touristic activity in Nepal. The sheer options of trekking in Nepal can make every adventure junkie overwhelmed. Manaslu Circuit Trek is one of the well-known routes that welcomes thousands of tourists annually. The remoteness of this region and the untouched natural beauty is the focal point of Manaslu. There are still a few things to consider before you head for your trek – the most important one bring the weather. Each season brings a different effect in nature and you can prepare accordingly.

The Autumn season i.e September, October, and November is generally said to be the best time for Manaslu trek. The autumn season brings a clear and bright sky along with the mild temperature. Thus it makes it a perfect season to trek while you enjoy the view of the mountains.

September marks the end of monsoon and the starting of Autumn. Thus you can experience mild rainfall during early September – usually during late afternoon or evening.

But by mid-September, rainfall clams and the temperature become mild. The sky offers a clearer view of the snow-peak mountains.

October is, in fact, the best time to visit the Manaslu as the weather is mild and stable. The sky is clear and its neither too cold or too hot for trekking. The clear sky offers a great view of the snow cap mountains.

It is also the busiest month of the Autumn and is highly recommendable. The trail will be brimming with tourists and adventurers alike. You might have to pre-book your transportation and accommodations.

Pros and Cons of Manaslu Circuit Trek During Autumn

Since Manaslu is a restricted region, you will need the following permits, to enter in the restricted area:

Manaslu Circuit Trek the remote and underrated trekking trails of Nepal yet offers the most beautiful memory. You can enjoy the natural beauty and the unique tradition in the region as it makes cheaper alternatives to more classic treks.

Feel free to contact us or comment below if you have any queries about Manaslu Circuit Trek in Autumn (September, October & November)