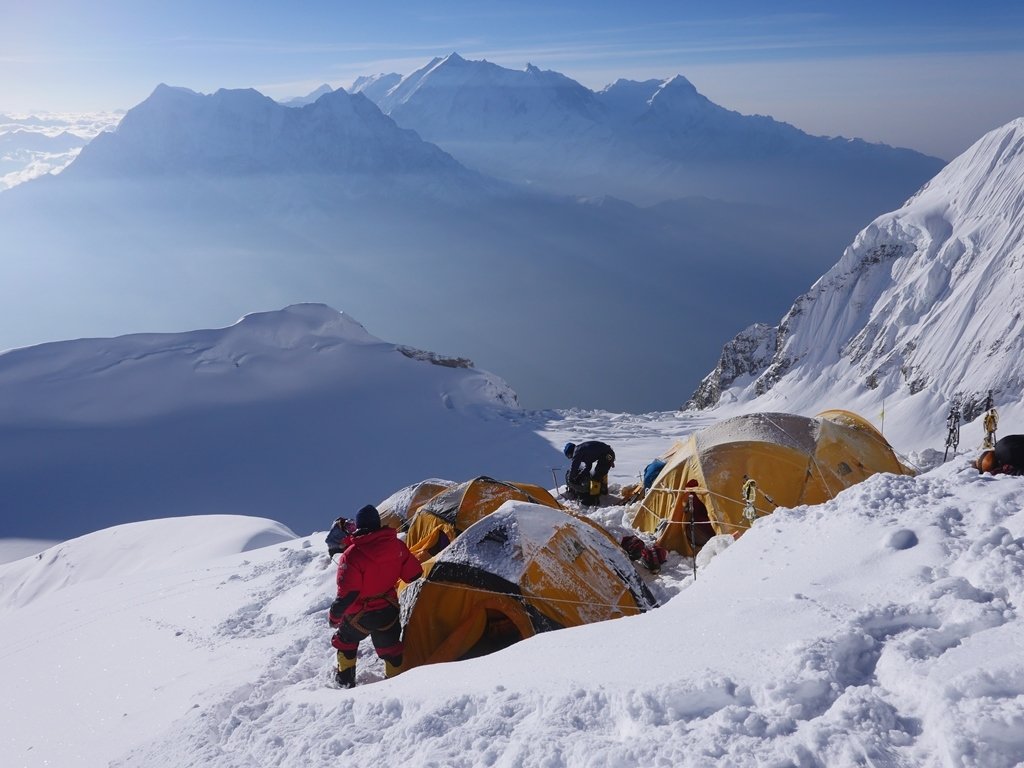 For mountain lovers, Everest is not the end of the story. Nepal has other 10 more mountains above 8,000m and each of them is equally prodigious. Dhaulagiri 8,167- The Whitest Mountain is the 7th highest mountain in the world. The name itself suggests its dazzling beauty- Daula means white in Sanskrit. A trek around such majestic Himalayas is a blessing in itself.

Besides high snow-capped passes, and the glaciers, the difficult terrain, and the off-beaten trail make it even more realistic. The trek follows the less-trodden virgin trail that invites you to the wildest vicinity of the Himayalas. The villages in the trail have the less invaded culture in its original form- you will get to know about the century-old Himalayan culture.

The Dhaulagiri massif extends over 120 km from Kaligandaki River. The tributary of the great Bheri River massif flows towards the north and southwest and the Myagdi Khola lies on the southeast. You can easily make the trek possible with slight preparations only.

The real fact- mountains are always farther, taller and harder than they seem. Dhaulagiri trekking isn’t easy to accomplish. Experienced guides to Dhaulagiri route makes the trek far easier. In addition to that, trekkers might require a rope, crampons, ice ax and some other preparations.

A group of Swiss, Austrian and Nepali team made the first ascend to the top of Dhaulagiri on May 13, 1960. In 2007, there are 358 successful climbs to the peak but 58 other loosed there life. But surely, you are not to climb the summit but there would be nothing wrong.

Best Time for Dhaulagiri Base Camp

Autumn (September and November) is considered best for the visit while and spring (March and May) is favorable seasons for the trek. Autumn has a clear sky with moderate temperature and the spring has beautiful wildflowers and rhododendron blooming all around.

However, the winter is extremely cold and has heavy rainfall due to which the chances of avalanche make the trek more difficult. Also, the hot and rainy summer days are not the preferable time for the Dhaulagiri circuit trek.

Dhaulagiri trek starts from Beni (2 to 3 hours’ drive from Pokhara). The trek route goes along the bank of Myagdi River and the Magar, Chhetries, and Brahmin villages. Trekkers pass the Dobang with the scenic beauty of the forest and mountains.

At the 10th day, trekkers reach Italian Base Camp. Further,a short walk around the base camp offers the trekkers with the opportunity to be closer to the huge Dhaulagiri Mountain and the Tsaurabong peak. Next comes the Glacier Camp that passes through the Swiss and the Chonbarden Glacier. Further, you will go through Tukuche peak, the narrow gorge, and the little eager icefall.

At the end its Dhaulagiri Base Camp at an altitude of 4,740 meters.

Being in the foothills of one of the most beautiful mountain in the world is fun. Please leave your queries here in order to complete your trek booking. We make the highest possible travel arrangements for awesome stay. You can enjoy the awesome trip with Travel Diary Nepal.