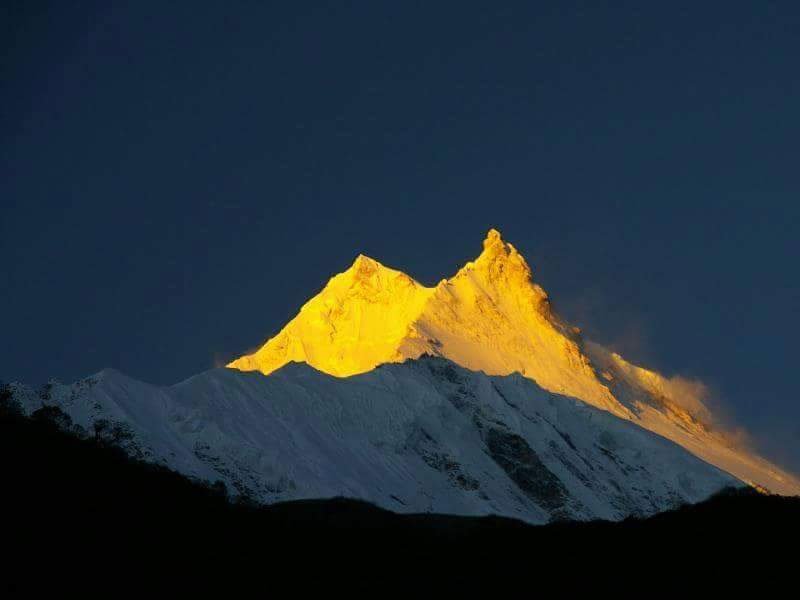 Trek to Manaslu region gives the off-beaten trail experience in the remote Himalayan Region. The name of the mountain, Manaslu came from Sanskrit word ‘Manasa’ which means soul. Thus the word means ‘the mountains of spirit”. The trek blends culture and the nature with breath-taking mountain ranges. The Manaslu trek starts at around 40 miles away from the capital, Kathmandu to the east of Annapurna region. The trek leads you to Tsum valley and Nubri which is the hidden treasure of Manaslu. Here is the list of things you should know before Manaslu Circuit Trek Nepal.

Eighth Highest Mountain in the World

Manaslu, 8,163 meters is the 8th highest mountain on the earth. It is located in Mansiri Himal, in the west-central of Nepal. The route was opened for the tourist in 1992 A.D and now controlled by the tourism board. It’s among the under restricted trekking trail of Nepal which needs permits to trek.
The trek offers the eye-catching views of long ridge mountain as Nagdi Himal, Himalchuli, and Boudha Himal as well.

Manaslu is Famous for small teahouses:

Manaslu is also known for the tiny teahouses built and managed by the local people themselves. They provide homestay to the trekkers due which is making the trekking more famous.
Along with food and stay, tourists get opportunities to observe the Nepalese lifestyle.

Gyalzen Norbu and Toshio Imanishi were first to climb Manaslu on 9 May 1956.
H.W. Tilman, a European citizen, in 1950 made his attempt to Manaslu after his unsuccessful trek to Annapurna IV. In 1952, a Japanese team reached around 5275m but had to return back as the monsoon started the east side of the mountain. After that, many Japanese teams tired climbing the mountain who failed.
Thus, it is also called Japanese Mountain and Killer Mountain. Also know about the packing list here.

Mount Manaslu, in Gorkha district, has many historical places as Manakamana Temple and Gorkha Durbar. Besides the adventurous trek with stunning views, you will also get to experience the Hindu and Tibetan villages. This is useful about Manaslu Circuit Trek Nepal.
The trek passes through Buddhist Monastery and the ancient architecture, where many children studied to be a monk.

Manaslu shares the history and culture with its neighboring territory- Tibet. The region has two major ethnicities inhabitant region: Tsum and also Nubri. Gurung people are the main ethnic groups, while Bhutias and Sherpa groups also make a large contribution. They also speak their own languages.
The region is basically rich in tradition and culture with unique houses (roofs of stone slabs and walls built with stones). You will see most of them practicing agriculture and animal husbandry as a major occupation.

Manaslu trekking has spectacular topography- the sub-tropical Himalaya to arid trans-Himalaya high pastures. The trek starting from Arughat and extends into Larkya La Pass. The area covers six climates zones- elevation starts from 1000-2000 meters to 8000+ meters.
Further, the temperature of the region varies widely as per the climatic zones. Above 5000m, the area is all covered with snow. As the level increases the air pressure becomes low.

Manaslu region is habitat to the endangered animals like snow leopard and Red Pandas. If you are lucky, you can also spot a grey wolf, blue sheep, Asian Black Bear, Himalayan musk deer, and Langur monkey. There are over 33 mammals, 110 species of birds and some reptiles are also found. The valley basin has19 types of forest- mostly rhododendron and Himalayan blue pine.

Tsum Valley is a remote village with a long history of Buddhism. Also called ‘Tsum Tso Chuksum’- meaning 13 provinces ruled as a single territory. The valley also gives the beautiful views of four 7,000m peaks of the Ganesh massif. Tsum valley is blessing for Manaslu Circuit Trek Nepal.
Nubri Valley has the virgin beauty- still untouched by modernization. The local people follow own art, tradition, and culture. They also wear traditional clothes and use their own language.

Larkya La pass (or Larke Pass), 5,106m is a place for jaw-dropping views of the Ganesh Himal, Mount Manaslu and other mountain ranges. Larke La Pass is at the lower elevation than other Passes like Thorong La Pass, Chola Pass but it is still more difficult to walk.

That is all the preparations you need to make for Manaslu Circuit Trek Nepal.

We can book your trip to Nepal here. We do all necessary arrangements so that you can have fun stay during Manaslu Circuit Trek Nepal.