Nepal is known for its natural beauty gifted by the majestic mountain peaks. It houses the world’s tallest mountain, Mount Everest (8848m) along with other 8 mountains taller than 8000m. Do you know that there are only 14 of such mountains in the whole world? Also, there are several other mountains peaks higher than 7000 m. The great Himalaya range holds those entire mountains to form the white glittering panorama above the hills of Nepal. Here are the 8 tallest peaks of Nepal along with their features.

Mount Everest, also called Sagarmatha is the highest peak in the world. Sagarmatha, in the Nepalese language, means forehead of the sea as it looms over everything single thing in the world at a height of 8,450m. It is very popular among the trekkers and climbers from different part of the world. Thousands of people travel all the way to Nepal in hopes of standing at the highest point in the world or get its close view from Everest Base Camp.

This majestic mountain in the northeast of Nepal is the world’s 3rd highest mountain (8,586m). Kangchenjunga means ‘Five big treasures of snow’ which refers to the five summits among which two summits are in Nepal. Trekking to Kanchenjunga is restricted and you will need a special permit. You need to trek in the group up at least two people and a guide. The climb is definitely challenging and you will need a lot of courage.

Lhotse, 8,516m is the fourth highest peak in the world. A Swiss team of Fritz Luchsinger and Ernst Reiss climbed Lhotse for the first time. It lies on the south of Mount Everest and is joined by a ridge. Earlier, it was considered a part of Everest and even the name “Lhotse” in the Tibetan language means “south peak”.
Climbing to the summit of Lhotse is hell difficult and requires different government permits. The route follows the trial of Everest till Camp 3 and then further moves towards Lhotse.

Makalu, 8,485m is the 5th tallest mountain. It is 4 sided pyramid shaped and has very dangerous steeps with sharp rocks. All these make Makalu the most difficult mountains to climb. A French group first climbed to submit it in 1955. The peak lies within Makalu-Barun National Park which is a strictly conserved area. But you can enjoy the beauty of the region with a trek to Makalu base camp.

Dhaulagiri, “white mountain” (8167m) is the world’s 7th tallest mountain. Due to the very fewer chances of an avalanche, it is considered easy to climb. The first successful climb to Dhaulagiri was by Swiss and Austrian team.

Manaslu (1956m) meaning “Mountain of the spirit” is a mountain with the highest fatality rate. . The lower area often gets avalanche and the peak is also very steep and sharp.

Besides these peaks of height over eight thousand, there are numerous other mountains peaks as like Gyachung Kang, Himalchuli, Nuptse, Ngadi Chuli, etc all above 7000m. 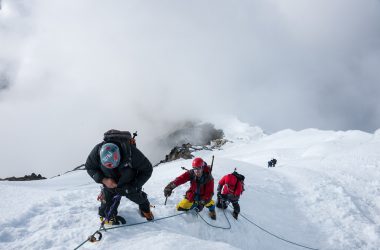 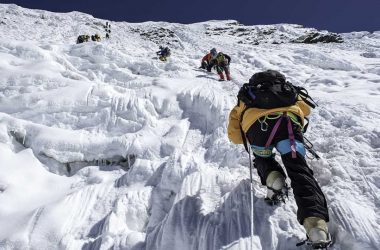 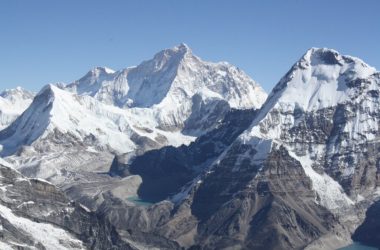 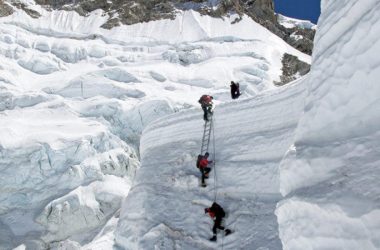 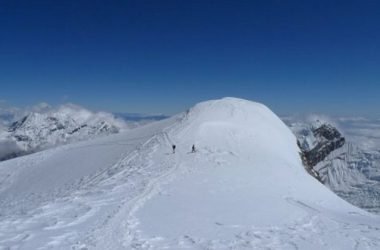