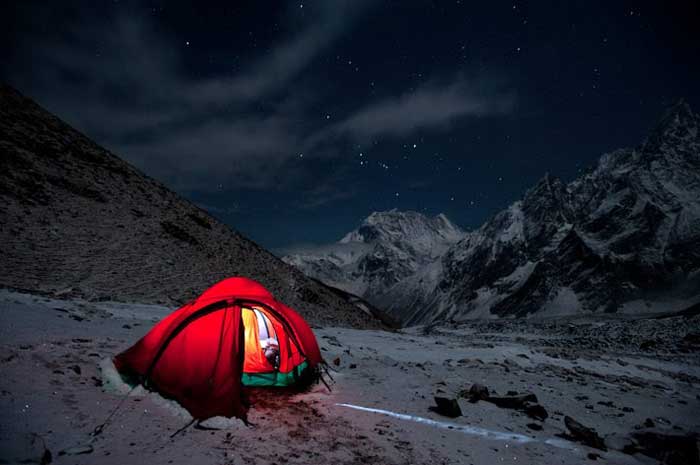 8 The Himalayan kingdom of Nepal unfolds the most enchanting trekking adventures in the world along with best trek in Nepal. This Everest nation with huge diversity in elevation and topography is a paradise for trekkers and climbers. The terrain of the Nepalese land offers assorted stunning trekking routes. Choosing one among them is rather a tough thing to do while each of them is as dazzling as other. Considering the difficulty level, time requirement and your budget, choose the most appropriate one.

Here is the list of all best trek in Nepal that you can learn about.

Every adventurous mind in this world dreams to climb up to Everest with a flag of their nation. But then, it’s not as facile as it sounds and involves a great risk. The nearest discretion is a trek to Base Camp of Everest which is equally fascinating as the earlier one. You can literally stand in front of the greatest mountain in the world and wave a “hello”.

12 to 14 days strenuous walking ups and downs to Everest is not as hard as it sounds and is categorized “Medium” in difficulty. The maximum elevation is 5,600 m at Kala Patthar. The best season for the trek is March to May and October to November. This is definitely the best trek in Nepal.

Annapurna Sanctuary or just Annapurna base camp trek explores rich cultural and natural beauty so is among the best trek in Nepal. The trail traverses a variety of terrain in the Annapurna region including an amazing view of Annapurna, Macchupucchre, Dhaulagiri, Manaslu and Langtang Himal.

The classic teahouse trekking route is of Medium difficulty with the highest elevation of 5,416 m in Thorong La Pass. This 14 days trek would not ripe up your pocket.

This trek is known for its cultural richness and diverse vegetation. Its proximity to Kathmandu, stunning panoramic view, and beautiful glaciers along the way makes it an ideal tourist destination. Average 10 days trek to Langtang is considered moderately difficult and cheap. The best season is said to be March to May and October to November is considered ideal for the trek.

This is the most fascinating and easy trek route to savor the beauty of Nepal in its best. Rather in the high steep rocky Himalayas, the trek takes you to hospitable Gurung Villages. Besides the Gurung village. The trek permits panorama of the high mountains on the vista which is no less alluring.

The trek is most than amazing when you travel in spring when all the way to top is covered with beautiful rhododendron forest. The trek can be completed in just 5 days, with a maximum elevation of 3,210 m is Poonhill. The trek is not so difficult unless you rush for longer distance each day. The best season is from March to May and October to November. Many ABC package covers this route as well, so the number of tourist itinerant is considerably high here. Learn it’s costs here.

The remarkable trek flaunting amazing panoramas of the peaks on the Nepal-Tibet border is likely to beat the popularity of Annapurna Base camp trek. The trek leads you to the base of the 8th highest mountain in the world. Stunning Mount Manaslu will be waving you with a bright smile once you cross Larkya Pass and move ahead. Besides amazing mountain scenario, you also encounter diverse cultures of ancient Buddhist monasteries in the way.

The enriched topography of Manaslu can be explored in 15 days trek where each day offers a fabulous experience of an adventurous journey. It is highly difficult to trek through remote land and can be hard for your pocket as well, but in the end, the experience shall be miraculous. The best season is noted to be March to May and October to November. This is among the short best trek in Nepal.

It is culturally and geopolitical sensitive area that has maintained its centuries-old culture and landscape. The 16th-century Buddhist monasteries and caves carved into sheer cliff walls draw a liberal number of trekkers to the region each year. Mustang is a semi-arid desert with deep ravines and rock shelves but is fringed with snowy peaks.

14 days long Upper Mustang trek would be deadly arduous but worth. And, remember the trek can ripe up your pocket as well. The best season is from March to May and October to November.

Mardi Himal trek is the latest trend for best trek in Nepal. It’s short but equally prodigious as Annapurna circuit trek. The trail passes along the subtropical rhododendron and oak forests. You will pass via a rocky slope and grazing meadows which are slightly slippery to add some tough fun to your trek.

The highest point- Mardi Himal Base Camp is 4,500 m from Sea Level. You can enjoy the equally staggering view of Mt. Macchapucchre, Mt. Annapurna, Mardi Himal, and some other surrounding peaks. The newly opened teahouses and homestay will make the journey comfortable and luxurious. Mardi Himal Trek takes only 6 days.

Everyone knows about Mt. Everest being the tallest peak, but do you know who is second on the list? Yes, it’s Mt. Kanchunjaunga where you explore the culture and natural beauty of eastern Nepal. The journey shall be difficult when you have to step up to wild high-mountain terrain for 20 days, but that’s what an adventurous mind looks for. The accommodation is camping, unlike guesthouse and tea house, which shall spice up your trek. But be careful! the expenses shall cross your budget limit. This is among best trek in Nepal that is also the hardest.

So, those were the best trek in Nepal that changes your life. You can book your trek to any part of Nepal with us here. We will make the best travel arrangements to sure a fun trek in any parts of Nepal. Enjoy your stay to fullest without worrying about money and bookings.