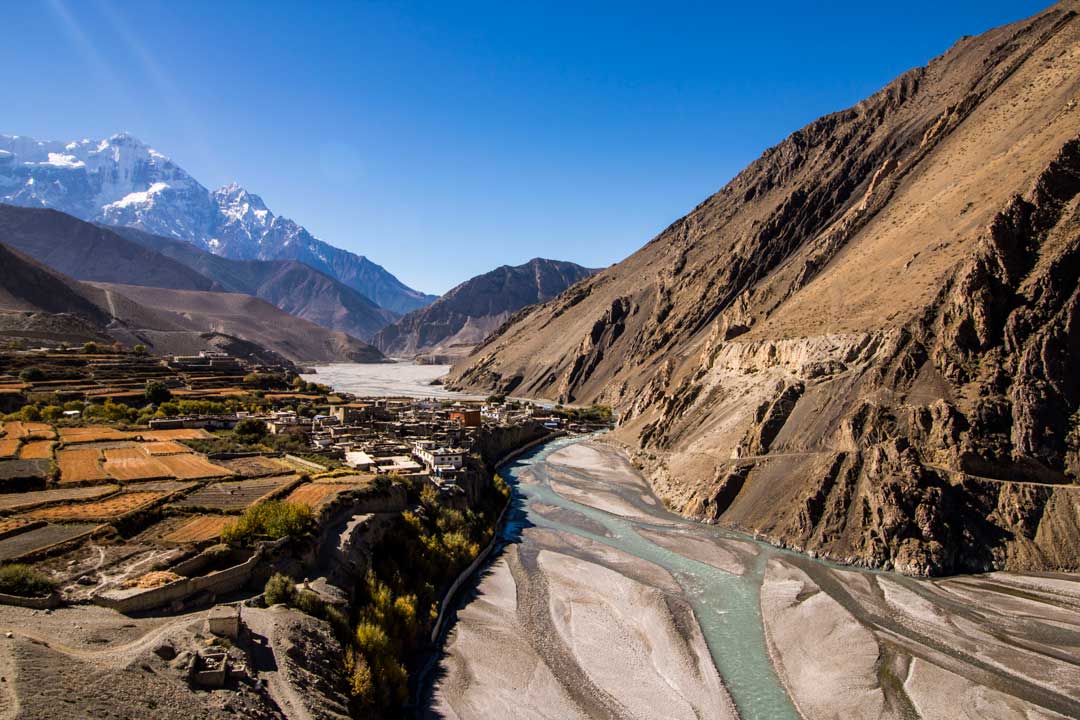 There are more than some awesome place for Pokhara Trek. Once you get your shanks in Pokhara for trekking, the majestic mountains will automatically pull you closer. The wish to go higher and higher for feeling the thin air of Himalayas get stronger. Trust me, you will simply be unable to stop yourself from getting closer to them. Popular trails in PPokhara Trek as Ghandruk- Poonhill, Annapurna Base Camp and others newly opened trails starts from Pokhara. Here, we have listed the number of the best Pokhara Trek.

Ghorepani Poon hill trekking is one the shortest and best-selling treks in Nepal for all kind of Hikers. The trek to Ghorepani- Poonhill takes around 3 days, but you can extend it to 4-5 days trek through Ghandruk Village. The trek is famous for Mt. Annapurna, Fishtail, Dhaulagiri, and other mountain peaks. The Poonhill tower offers the best sunrise and sunset while Ghandruk village is known for the cultures cultural stay.

It’s among the world’s most classic Pokhara Trek routes in the Himalayas that lead you to the foothills of majestic Annapurnas. The elevation is lower than Everest Base Camp and Annapurna Circuit trek but the views are still stunning. You can witness Mt. Annapurna I, Annapurna South, Machapuchher, Hiunchuli, Mt. Lamjung ranges, and Mt. Dhaulagiri peak close.

Recently, Mardi Himal it is the most popular trekking destination in Nepal and you can call it “a hidden gem”. The trek route is moderate and beautiful. The rhododendron forest will guide you up to Badal danda. The view of Mt. Fishtail, Mardi Peak, Annapurna South, Hiunchuli, and other Annapurna ranges is stunning. Even for the landscape photographer, this route is best and short trips. Mardi Himal Trek Starting Point: Pokhara Kade or Phedi. In recent days, this is he most popular Pokhara Trek.

It is also among the newly open trekking routes in the Annapurna region. We can witness the stunning Himalayan panorama view of Mt. Dhaulagiri, Annapurna ranges (I, II, III, and south), Hiunchuli, Machhauchhare, Lamjung Himal, and also Nilgiri. The viewpoint is at the elevation is 3460m and the day hike to Khyaer lake takes you to 4660m.

Dhampus village trekking is family destination for Pokhara Trek. The village is at 1600m and the inhabited of the hospitable Gurung people. The route is easy and the view of Tukuche peak, Dhaulagiri, Fishtail and other peaks is just stunning. You can extend the trek to Pothana village and Australian Camp.

Upper Mustang, known to be the last forbidden kingdom of Nepal is also called a Little Tibet. It’s an antique and historical Buddhism land in the northernmost part of Nepal in Annapurna Conservation. The trek is more about getting the cultural insight than the views of Himalayas.

Contact us here and book any Pokhara Trek Nepal. We make the best trekking arrangements for you in the affordable price. Enjoy trekking!!