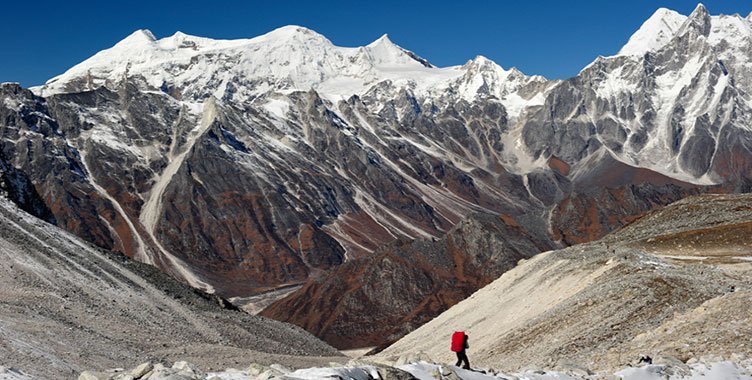 We need a special permit for trekking in Manaslu which is a restricted zone. Also, you need at least two trekkers to issue the permit and need to hire a guide or a porter to head for this loop trek.

Annapurna circuit trek has been in highlight since late 1970, and now it’s the most visited trekking loop. Around a decade back, it was a 22 days trek which is now about 10 to 13 days trek.

The classic Annapurna Circuit trek proceeds in anticlockwise direction from Beshishar. The trekking time and distance depend on the route choice of trekkers. The throng-la which is 5416 meters is the most popular high passes along the route. The main villages during the treks are Beshisihar,  Chame, Manag, Pisang, Muktinath, Tato Pani and Ghorepani.

If you have limited time for the treks and still wish to enjoy the beauty of Himalayas, Poonhill is the best option. The highest point of the trek is Poon hill, 3210 meters where you can get the best view of the Annapurna Himalayan range.

You also get to cross the beautiful villages like Ghorepani, Tikhedubga and Tadapani – Ghandrung. Also, the tour begins at Pokhara which is a beautiful city. The trek normally moves clockwise from Nayapool to Tilkhedunga and then Ghorepnai – Tadapani and Ghandruk.

Dhaulagiri Circuit trek is a remote loop trekking route to explore wild, off beaten track areas of Nepal Himalaya. The trail begins from Beni and follows the Myagdi Khola River while passing through Gurung villages and terraced fields.

Walking up the Chonbarden valley towards the Dhaulagiri Base Camp then crossing French Pass into Hidden Valley is a lifetime memory. The seventh highest peak in the world Mt Dhaulagiri lies west of Pokhara ending at the eastern end.

Kanchenjunga Circuit trek is another prodigious trek in the far eastern side of Nepal. As it is also a restricted region, solo hiking is not allowed – a local guide must be hired to find permits.

Kanchenjunga Circuit trek is a wild adventure into the heart of the Himalaya where the scale of mountain and valley is hard to comprehend. The huge north wall of Mt. Kanchenjunga gives an amazing view with a shelf of grass showing down the grade towards its base. This is Pangpema, one of Nepal’s most treasured sites.

Kanchenjunga Circuit trek is an adventurous walk around Mt. Kanchenjunga through both North and South Base Camp of the third-highest mountain in the world.

The trails of Circuit trek goes deep into Nepal’s border with Tibet (China ) and Sikkim (India).